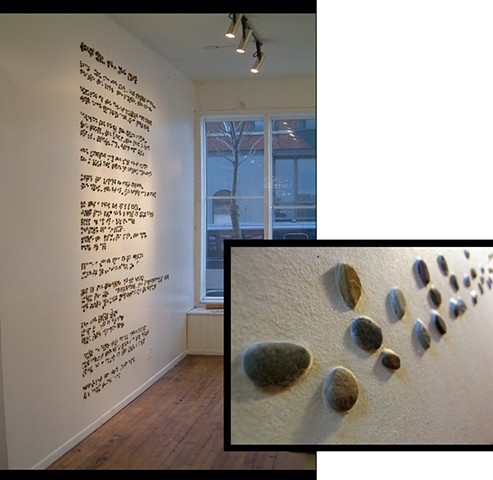 Stones representing Braille translation of poem, "When You See the Soil" Written by John Walter

When you see the soil, her powers fade-- Before the plow, the scythe, the blade

Covered she bears the world below, The roots, the virus, the seed's womb Grass, trees, man, woman and soul

Until the vision is felt inside, The eyes, the brain, the hands can't see.

To get a feel for what's lost, just take some nearby dirt in your fist Roll it up in a little ball Measure the moisture, Sense the loam, the sand, the clay Feel it all

You'll see the color and the groove Smell the sweet actinomycetes, the tiny tongues of lust And there are more microorganisms to discuss